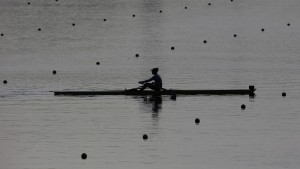 It’s the Olympic year and all media attention and professional athletic goals point to Rio. Following a 4th place finish in pair rowing at the London Games, our own Sara Hendershot has been on a focused mission overcoming injury and training smarter than ever to once again secure an Olympic berth. While the results were different this time around, Sara has emerged with a maturity, strength and positivity worth their weight in gold. Sara shares her story with Quartz.com and we DARE you not to get goosebumps:
Go ahead, tell me I failed.

It’s been a week since the rowing team has been named, and my heart sinks every time I hear the word “Olympics.” I dedicated four years of incredibly hard work, but still came up short.

You might say that the decisions I made this Olympic cycle were bad ones, because ultimately they ended in failure. And as far as my Olympic campaign goes, that’s true. But in my eyes, this cycle was a greater success than the one where I actually made the team. I chose to forge my own path in my second Olympic effort; a training journey that was unconventional and disapproved of by many, including the head US Olympic Women’s Coach. But the experiences that came with it have prepared me to give back more to the world than just my rowing performance, and I’m incredibly proud of where I am now. 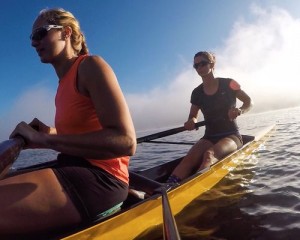 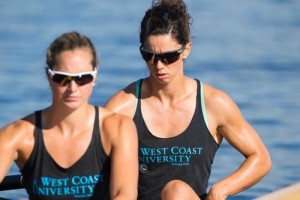 Read the full article to learn more about Sara’s journey along with the incredible lessons she learned along the way.
Sometimes you set out to achieve a goal and fail, but what you gain along the way is far greater than what you originally hoped to accomplish in the first place.

Follow Sara on Instagram and keep up with her journey on her personal blog and coaching site, Project Up.

When you are hovered over your computer, do you think about what you’re eating or…

Heather Jackson is the epitome of badass--and it's not just her punk rock fashion, hair…

4 Life Hacks You Need NOW (The first one is to DO NOTHING!)

This week we want to challenge you to think far outside the box! Whether it's how…