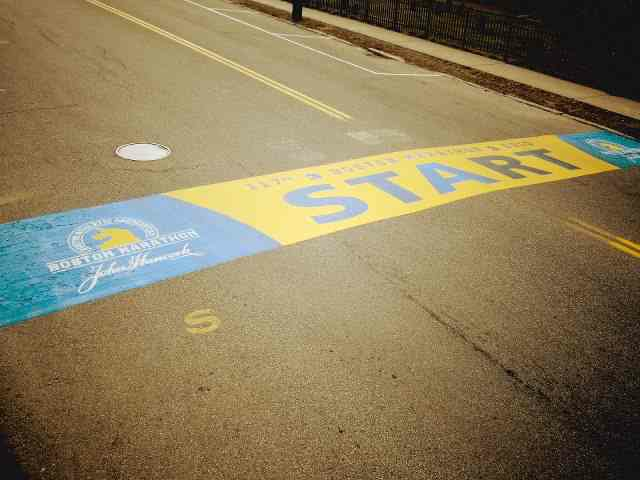 “It’s a happy day today!” Those were the words of the race announcer at the Boston Marathon, only 2 minutes before the gun went off. It was my first Boston and I was nervous. Yet, having told myself that running this race was my ‘prize,’ for qualifying, and that time was secondary, I let the woman’s words calm my nerves and generate a smile across my face as I ran over the starting line. 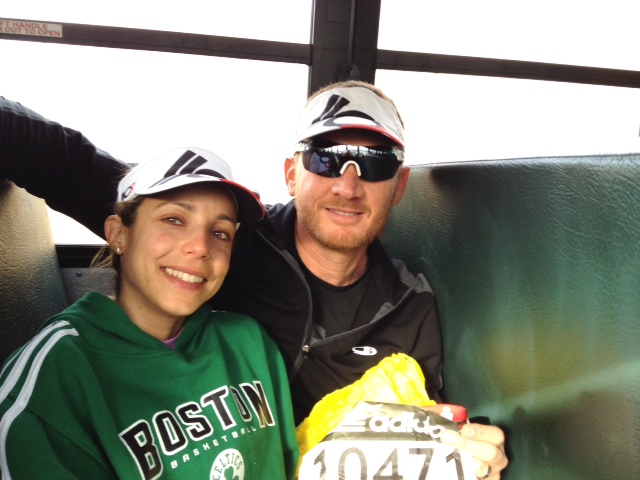 The run itself was magical.  I had cheered for runners at the Boston Marathon before, but as a runner, had never experienced the adrenaline rush you get from the “crowd tunnels” lining almost the entire course.  I almost always train and race with music but not for Boston–I knew it would be special and the entire race, I ran inspired, with a big smile on my face.

Not too long after crossing the line, I was four blocks away when I heard the bombs go off and saw the smoke.  Having been in Manhattan on 9/11, it shook me deeply but I remained as calm as I could, alongside being too tired to panic. After a chaotic three hours of getting back to my hotel, answering multiple texts and emails and getting on the phone with family and friends (grateful for landlines), I realized it was time to finally untie my double knotted shoes, get in the shower, order some food and then continue to watch the news. 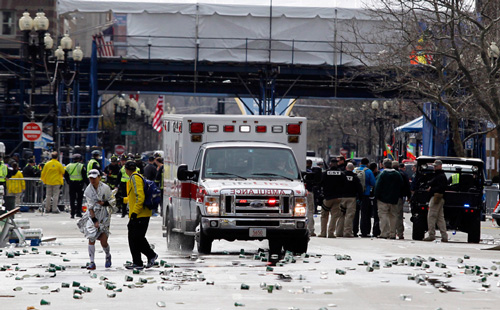 Heartbroken that a day that was so magical turned into a tragedy.

Heartbroken that people had died, and that one of them had been an 8 year old boy who was there to cheer on his parents. I just wanted to squeeze my two little boys so hard and it hurt to be far away from them.

Heartbroken that the world’s most famous and prestigious marathon will forever be scarred with some connotation to ‘the marathon where the bombs went off.’

Heartbroken for the people that were stopped during the race, who had trained hard and didn’t get to accomplish their dream of finishing it. As someone who ‘squeaked’ into the race by qualifying by 2 minutes, it was a dream of mine to finish this race and I would have been that much angrier having not crossed the line.

Heartbroken that there are such ugly and awful people in this world, capable of such horrid acts.

Despite all of this, I was moved by how well the city officials reacted and how incredible the volunteers and medical staff shifted into triage mode. I was moved by how runners helped one another and how we all communicated to ensure that most of us were ok. I was moved by my friend and former boss at Reebok (also a runner), who without even asking, picked me up at my hotel to bring me back to her family for a good meal and comforting.

The love and support of the running community has always been known. From the small acts of how we help each other get through training runs and races, to the enormous acts of supporting communities in times of tragedy, such as Hurricane Sandy or the awful attacks at the Boston Marathon finish line. Runner’s World contributor Roger Robinson wrote a moving piece that including the following:

I am so proud to be part of this community of runners from all over the world and with different abilities. But when we run, we run as one and that will never change. One foot in front of the other, we will continue moving forward. And we will not stop running.

Spring racing season is here and all of the SMACKANISTAS have important competitions coming up!…

Ready To Race! The SMACKANISTAS Share Their Favorite Tips To Help You Toe The Line Healthy And Ready To Reach Your Goals!

If you are a competitive runner, triathlete or rower fall racing season is here! Both…